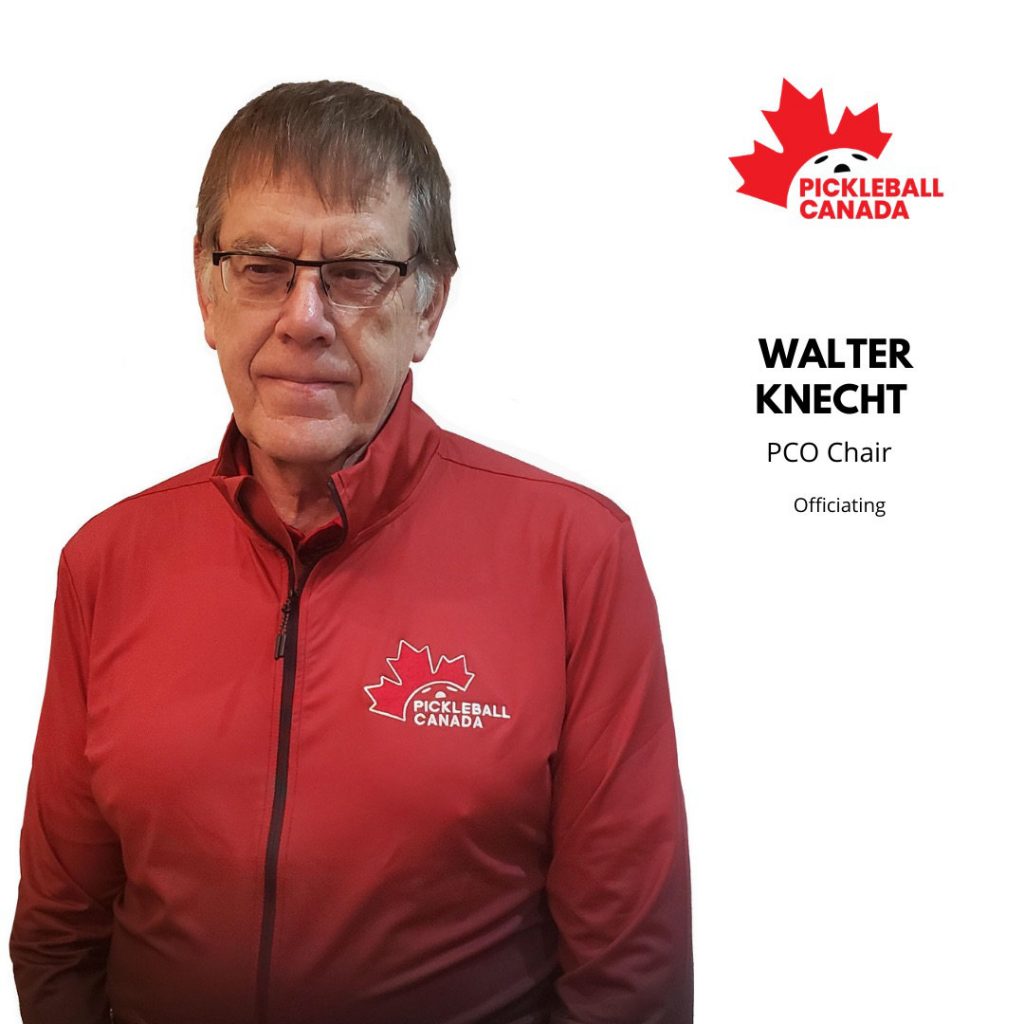 Meet Walter Knecht from British Columbia. Walter is Pickleball Canada Organization’s (PCO) Officiating Chair. He is responsible for the coordination of PCO Officials Training Committee and is working on the implementation of the officials best practices with respect to the 2021 Rules.

Walter is the President of Pickleball BC. He is actively working on the web based National System for BC.

Having played pickleball for almost a decade, Walters favourite pickleball moment was competing in his first tournament and winning a gold medal. Walter was self employed after earning an Engineering Degree and retired a few months before his 50th birthday! Born and raised in Saskatchewan Walter is now residing in North Vancouver, BC.