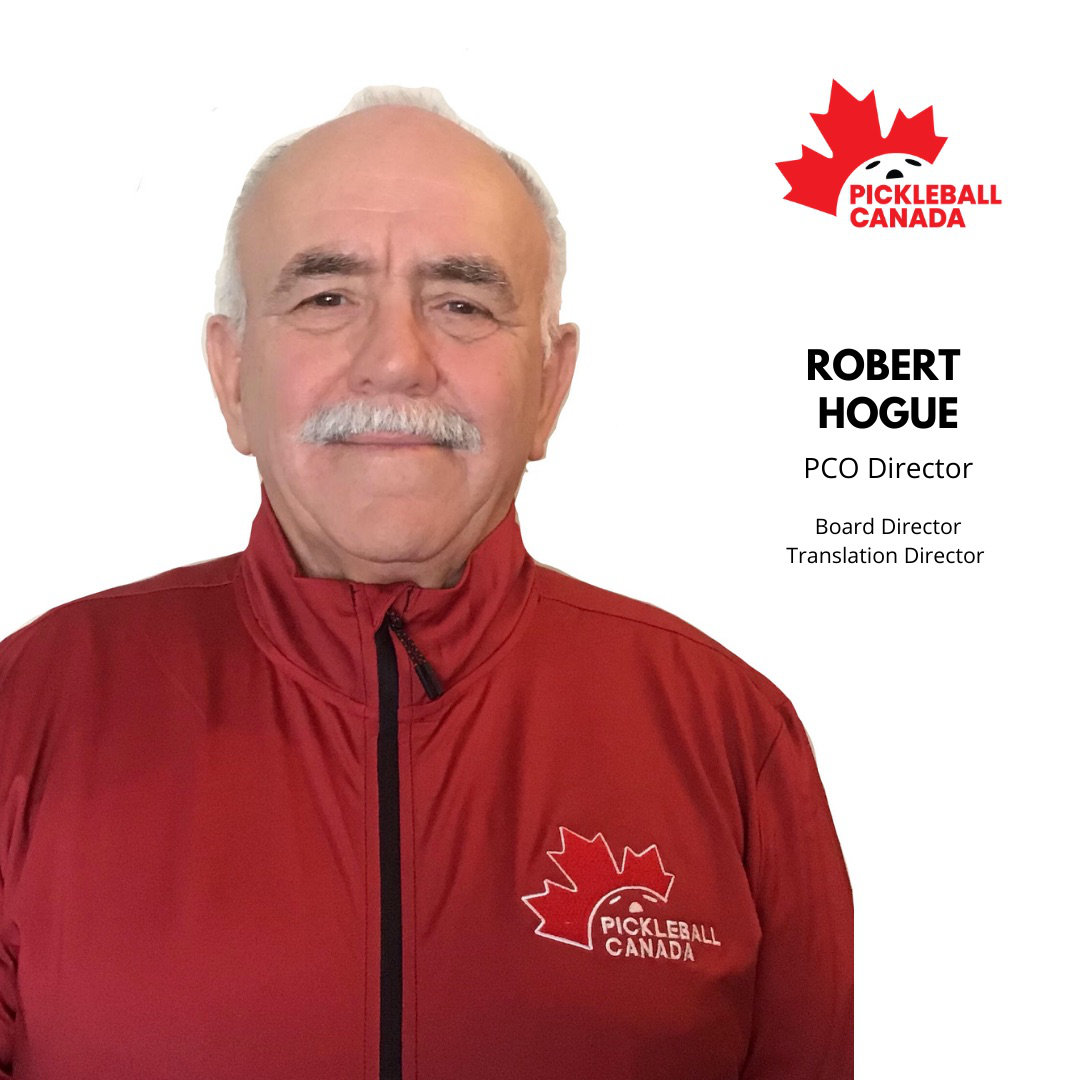 Meet Robert Hogue from Quebec. Robert is a Pickleball Canada Organization (PCO) Directors responsible for Translations and do we ever rely on him and his wife Manon heavily in this area. Robert joined Pickleball Canada Organization (PCO) as a member in 2018 and then as a Board Director & Translation Director in 2020.  He joined PCO as it plays a vital role in communities by promoting sport as a way of life.

Playing pickleball since 2017 his favourite moments are when he is involved in workshops and gets to transmit the passion of pickleball to young people from 6 to 16 years old. Roberts greatest accomplishment in our sport came in 2020 when he actively participated in having the Fédération québécoise de Pickleball recognized as a government sport organization.

When not involved with pickleball Robert has skills in construction and renovations.

When asked what is something he realized he cares about this past year Roberts response was : “I have obtained from the municipality where I live, the construction of 8 new pickleball outdoor courts for a population of 40,000 citizens.”