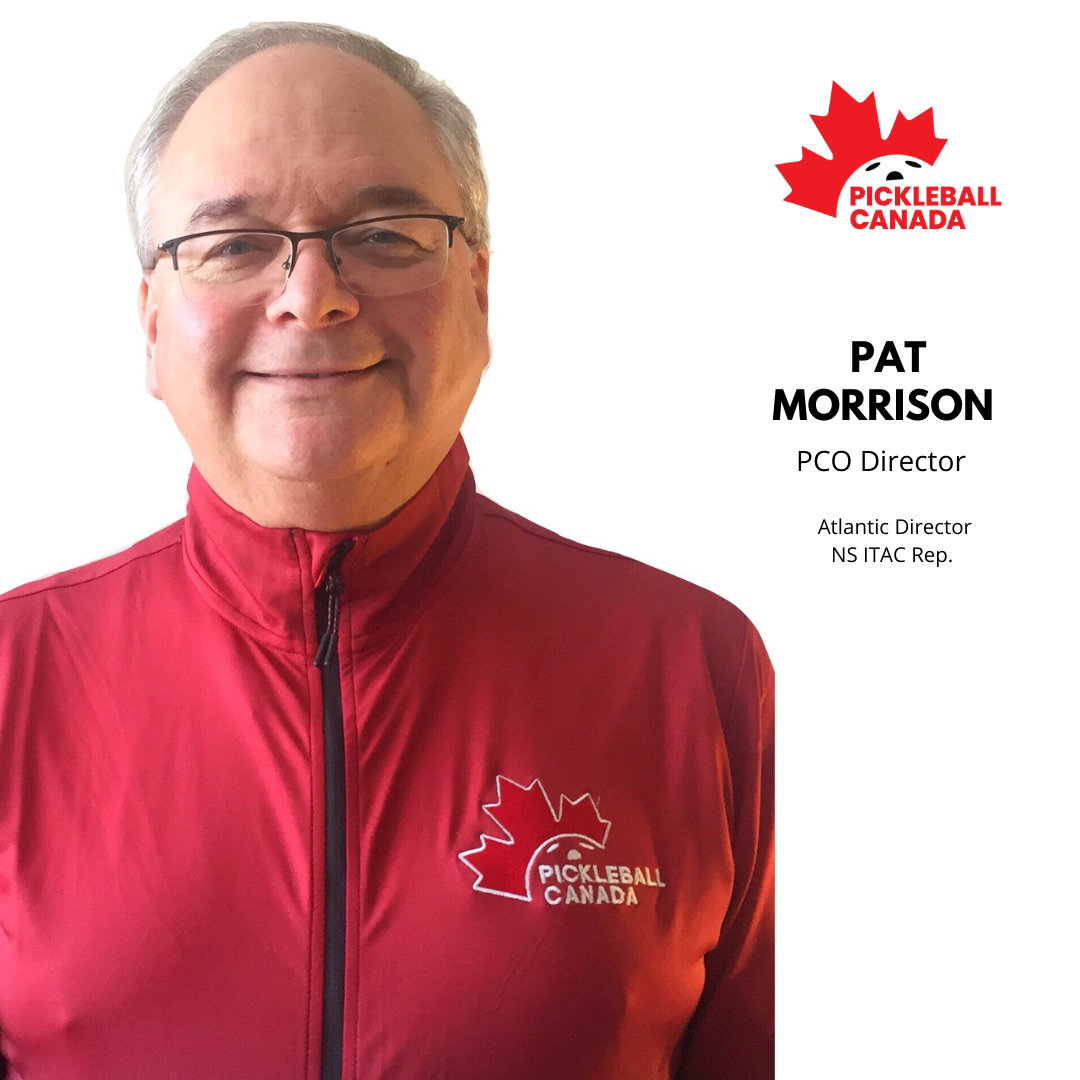 Meet Pat Morrison from Nova Scotia. Pat is Pickleball Canada Organization’s (PCO) Atlantic Director. He is the liaison for the Pickleball Organizations of the four Atlantic Provinces and available to help support their efforts in growing their organizations and the sport. Pat is involved in a variety of PCO’s initiatives including the creation of a Pickleball Best Practices Guide, Youth and Recreational Pickleball Development and also a newly formed Club Development Task Force. Pat is also the Interprovincial and Territorial Advisory Committee (ITAC) Representative for the Province of Nova Scotia. He is the Vice President of Pickleball Nova Scotia.

Pat had a lengthy career in sales and sales management including being involved in the cellular technology industry.  He now spends his summers working in Golf Operations at the fabulous Cabot Links and Cabot Cliffs golf resort in Inverness, Cape Breton.

Pat has played Pickleball for the past 8 years and his favourite moments are when he teaches someone our game and gets them hooked too! He was part of the team from Pickleball Nova Scotia that were able to get their organization recognized by Sport Nova Scotia as the official sanctioning body. Pickleball, golf, listening to music (especially live music), heading out in his sea kayak, and tinkering with arts and crafts keeps him busy. Pat is known as a bit of a Captain Gadget!